Behind the Arcadia series 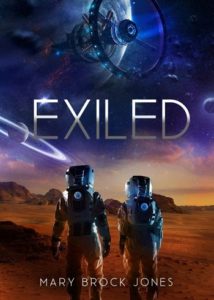 The underlying inspiration for my Arcadia SF series obviously comes from the current climate change and biodiversity crises on our own Earth, but this series isn’t set on Earth and the problems aren’t the same.

What interested me the most was not the physical problems of climate change. Rather, it was the interplay of we complicated humans that both help and hinder the responses to environmental dilemmas. On our own earth, we have the tools and knowledge to either solve our problems or find the answers we need. What we lack is the organisation and unity of purpose.

So what happens on another world when human settlement has reached a point of imbalance.  Not climate change, which on our world is largely caused by a few critical drivers – massive over use of fossil fuels being the main offender. But what if there isn’t a big cause, rather an accumulation of errors all over the planet that combine to make one ecological mess.  The biodiversity crisis is more like that. A combination of mass monocultural plantings (festia trees blanketing too much of the western ranges), over use of solar farms blanketing and causing dangerous plant loss and drying of the plains, over fishing in other areas, the rigid farming methods on the estuarine regions of the Urbis zone leading to loss of productive soils and methods, etc. Of course, fiction can never be a straight metaphor for what happens in our own world. Fictional worlds are like fictional characters: they have lives of their own that take over any germ of an idea, with their own rules and systems of logic. What happens in a fictional world happens because that’s how that world operates. The environmental problems of my planet Arcadia are due to the actions of the Arcadian settlers and their interactions with the Arcadian natural flora, fauna and geography. What fixes Arcadia won’t necessarily fix Earth. That’s a huge part of the fun of being a science fiction author – making up worlds and characters, then finding out what they do next.

But the idea that gave birth to them definitely came from our Earth. In a previous life, I worked in the food safety area. Here, audits of food premises systems would be judged to have failed either due to one critical error, or an accumulation of lesser areas such that control of the food manufacturing system was found to be inadequate. It’s the latter I envisage is happening on Arcadia. As humans, we tend to prefer the one critical error scenario. So much easier to see and comprehend. An accumulation of lesser errors is much harder to understand and let’s us tell ourselves so many excuses and reasons not to act. What I’m doing here isn’t so bad. So it’s a bit out of kilter, but no real harm’s done. The system can cope.

All true, if it’s only one error and the rest of the system can compensate. But not true if there are too many errors, too much out of kilter. That’s what’s happening to Arcadia, and why the Alliance Council steps in.

It’s the same here. My little corner of the world ain’t so bad. My companies profits will be hurt badly if you make us do that. Our country’s GDP will drop. How will we be competitive with other countries/companies, if you force us to change? We need more guns, more land, more oil, more, more, more, to keep ourselves safe – from what, you have to ask.

We have the tools to solve both the climate and biodiversity crises.  What we lack is the political unity of action. This is one small world, one tiny drop in the huge vastness of space. There is no room for megacompanies demanding they growing at the expense of others, for archaic acts of conquest and empire building by a selfish few with the feet still in the world of past centuries, for nations to act singly rather then jointly. For our major international institutions to go missing in action.

We can fix this. 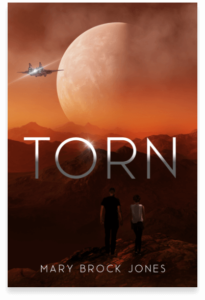 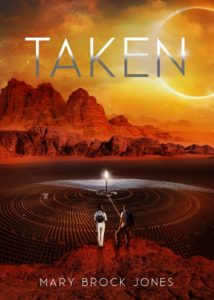