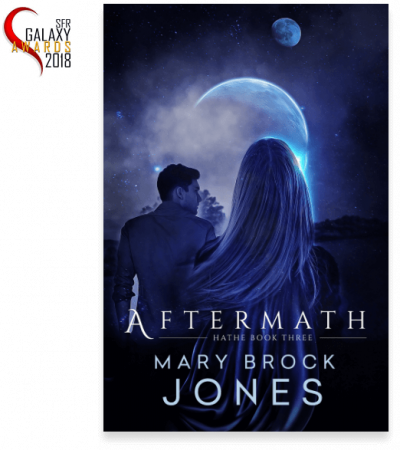 When you’ve already lost too many of your own to war, how can you risk losing- or loving- one more?

War or Peace. It doesn’t matter. There is always an enemy. Jacquel des Trurains, acclaimed hero of the resistance, has been charged with overseeing the restoration of Hathe after the Terran occupation. But it won’t be easy. Years of oppression have left their mark on every dirtsider who stayed behind. And what of the Hathians who fled to the moon? The greed of a few for the sparkling jewel of the colonial worlds could destroy everything when they return.

So, Jacquel’s bosses decide he needs some help, and they send him Rheia asn Postrova. Rheia spent the war embroiled in twisted diplomatic games to protect the secrets of Hathe from the Terrans. Now she’s been sent to teach a stubborn man how to play nice with his fellow Hathians. Together, they must find a way to heal their home. But Rheia has secrets of her own, and Jacquel soon discovers that diplomacy is just a subtler war with a different enemy.